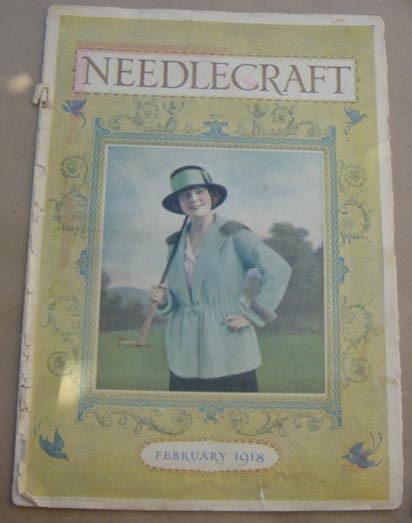 Here we have the February 1918 issue of Needlecraft Magazine . The original price of this issue was only ten cents. The cover illustration shows a smiling fashion model , wearing a smart tailored knit jacket and jaunty matching hat. She is standing in a field and is holding what appears to be a golf club, but might possibly be a croquet mallet. She is gorgeous! Inside the magazine are instructions for knitting the sweater on the cover- a great project for knitters who like styles from the Edwardian Era!

This is a very special issue of Needlecraft in my opinion, because it is the issue of the magazine in which Mary Card was introduced to the Needlecraft audience in the USA. Mary Card, in my opinion, was the greatest crochet designer of all time. Quoting from the Editor’s page of the magazine: “Needlecraft is proud of this new contributor, as Needlecraft’s million and more readers are sure to be so soon as they have learned to know and appreciate her work…Although a comparative stranger to crochet-workers in this country, Miss Card has long enjoyed a reputation as the most expert designer her native land- Australia- has ever known. More, her life, her plans, her methods are positively inspiring…Later, perhaps next month, we hope to tell you something of her interesting story, as brought out by an interviewer from an Australian publication; but the temptation to let her talk a little to you herself, exactly as she would do if she were face to face with her big audience, is too strong to be resisted”…(End quote.) The rest of the article goes on to tell, in Mary’s own words, how she got started in her needlework design career. She overcame tremendous adversity in the process. Her story is inspiring, and even more so when you see her incredible crochet designs. Mary made a lasting contribution to the needle arts and her designs continue to impress and inspire needlework enthusiasts to this day.

This issue is also exciting because it has not one, but TWO projects designed by Mary, with instructions for making them. 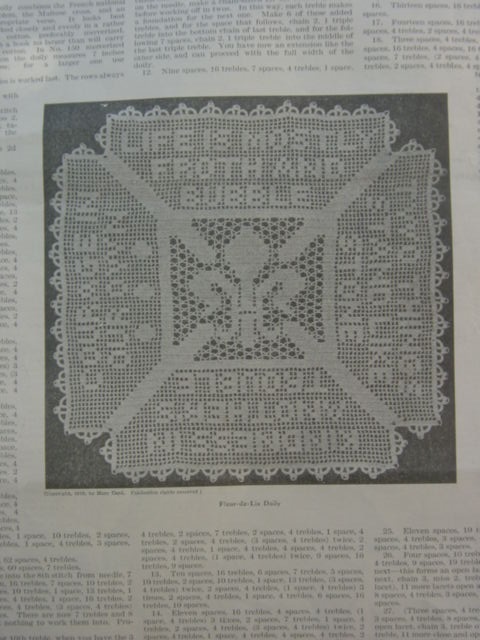 Her first project in this issue is called “Fleur-De-Lis Doily”. This doily combines the French national emblem, the Maltese cross, and an appropriate verse. Would be great in a Paris Apartment, traditional, cottage chic or shabby romantic interior design environment. This article contains a photo of the finished doily plus written instructions for crocheting it. 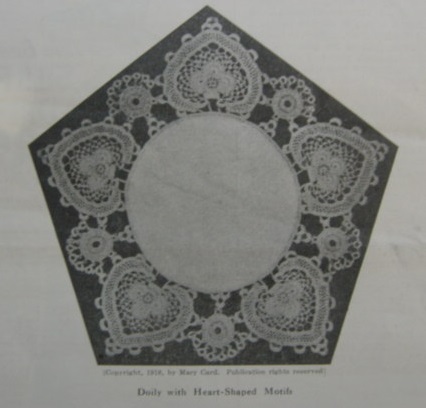 Her second project is called “Doily with Heart-shaped motifs”. It measures about 16 inches in diameter. There are 2 photos of the finished project- one is a detail of the motifs and the other is a picture of the entire doily. There are also written instructions telling how to do the crochet work. 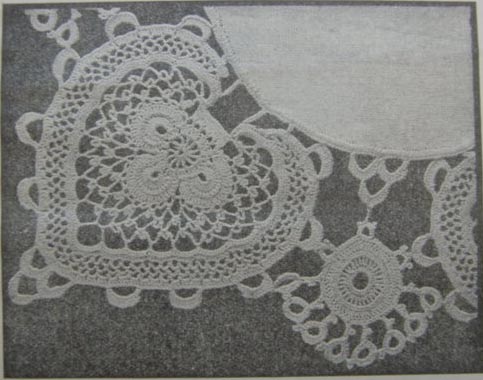 Some of the other projects, inspirations and articles in this issue include:

A Trio of Modish Collars and a Camisole- includes a crochet pattern plus embroidery inspiration. 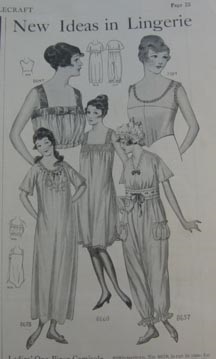 A Khaki Kit For Our Soldier Boy- this issue was from the World War I era and projects like this were extremely popular at that time.

There are lovely tatting projects in this issue – the article is called “Some interesting shuttle work”. That title doesn’t do it justice. The most amazing project is a sleeveless jacket. I can’t imagine the amount of time it would take to make this, but if you have the time it is an absolutely fabulous design. There is also a “pretty and useful handbag” and “A very attractive collar”, as well as “A border for scarf ends” and “The double cloverleaf border”. 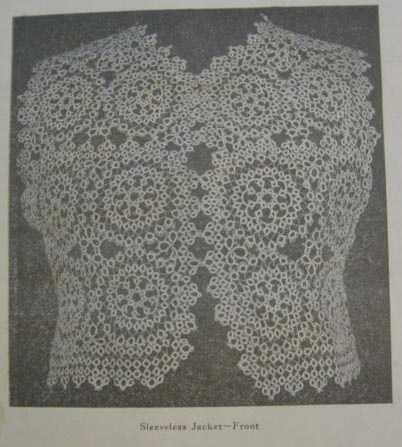 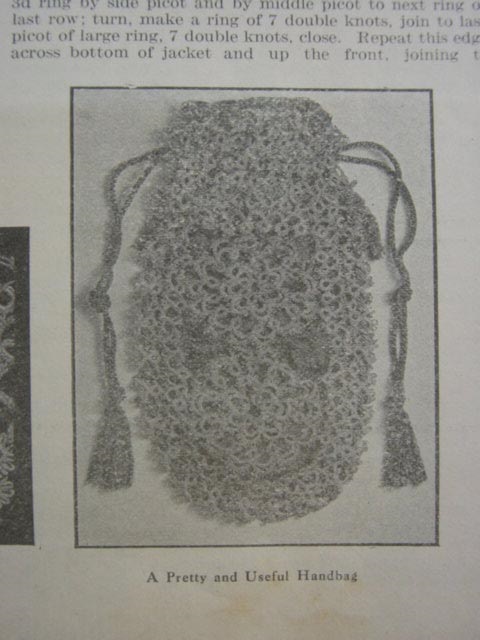 This issue actually has a short story in it (antique chick lit!) by Beatrice Harraden, author of the famous work Ships That Pass in the Night. The name of the story is “Bird of Passage”.

Needlecraft’s gift bag- includes a khaki crochet bag; a handkerchief case; a pair of pincushions; a pair of sachets; and a case for holders.

The Work of a Women’s Unit- this is another article of interest to World War One enthusiasts. There is as much historical information in this article as there is needlework information. The article discusses the Smith College Relief Unit and mentions the Red Cross, the French government, and reconstruction, among other things. The patterns in this article are “sets of little garments for the children of France”. These are knitting patterns- hood, scarf, sweater, & jacket.

Great vintage advertising- There are lots of interesting and informative ads for a variety of products in this issue.

More Photos From the February 1918 Issue of Needlecraft Magazine: 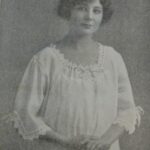 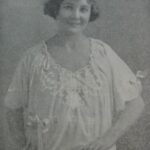 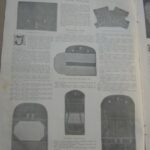 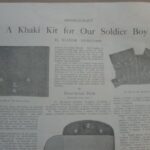 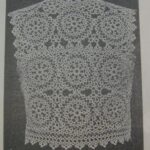 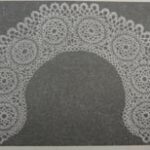 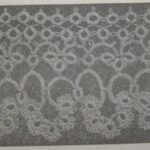 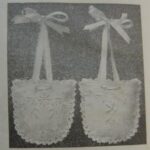 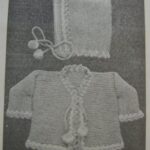 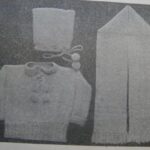 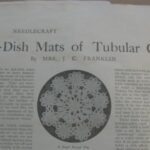 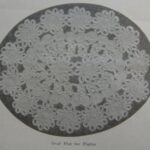 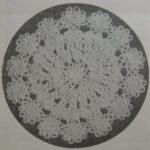 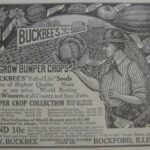 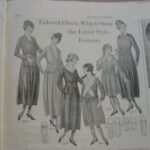 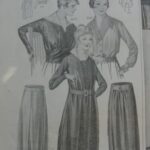 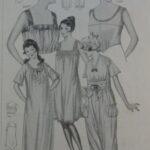 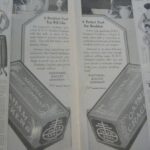 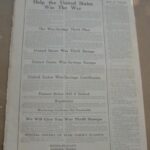 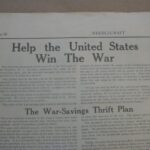